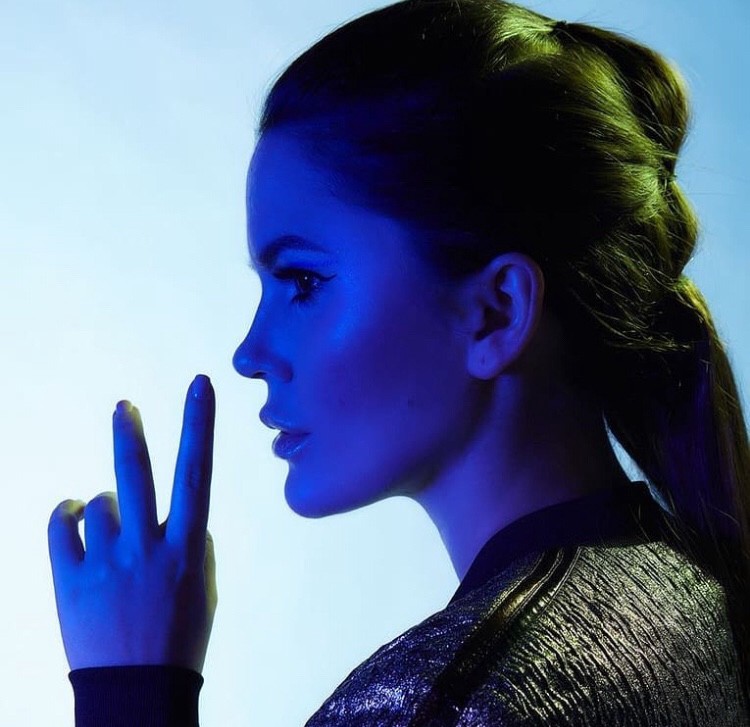 “The humankind will not stay on Earth forever, but will first penetrate timidly beyond the atmosphere and later win all the solar space in search of light and space.”

Some brief information about my main project – EFIR, first space city. I suppose that creation of an inhabited science and production station in open space moving on orbit around the Earth or another planet is one of the steps in space exploration and colonization of space objects. Now a prototype of such station-cities, it is the International Space Station (ISS). Of course, the scale of ISS does not enable us to talk of any possible space settlement, but the principle of life and work at the orbit is already polished and is nothing outlandish.

The idea of creation of orbital settlements is far from being new, it was formulated by К.E. Tsiolkovsky in his books Outside the Earth, The Island of Ether, The Conditions of Biological Life in the Universe in the XXth century. His hypotheses and research looked eccentric, and only now we start to understand how fundamental his works were.

In his books the main ideas of orbital stations creation, in particular:

The use of “local” materials (аsteroids, planets) to produce constructions and elements or as raw materials to make metals and other materials

Artificial gravity to create conditions close to those on the Earth. As there is negative influence of weightlessness on a human body.

Plant growing on the soil delivered from the Earth to ensure photosynthesis and regeneration of oxygen in a closed space аs well as to provide the colonists with fresh plant food rich in natural vitamins, microelements and fibre.

Tsiolkovsky’s ideas were supported and expanded by John Bernal in late 20s of the XXth century, when he published his work describing the creation of a space settlement in the form of sphere with a diameter of over 16 kilometres and a “crew” counting 20,000 people. His project was also pronounced utopic, he was publicly made ridicule for “unwanted” ideas. The world was sailing into the art deco epoch and engineers focused on gigantic airships, fast-running steam engines and Manhattan’s sky scrapers…

The idea of space cities creation was revived in the 70s of the XXth century in Stanford, when a project called the Torus was presented. The students and scientists of the university envisioned the settlement as a construction in the form of a huge bicycle wheel with a closed circular cylindrical dwelling space linked with the centre by the spokes and passages. The diameter of the wheel over a mile and population up to 20,000 people and more.

Literally in four years later Gerard O’Neill presented another large-scale project – a cylindrical city for as many as 20 million people! Two gigantic straight cylinders with a diameter of 6.4 km and a length of 32 km linked by rigidity constructions and passages were the dwelling modules of the concept. As we can see, the project by its scale is practically an arc with an artificial copy of the ecological system of the Earth for either advanced colonization of space, or for evacuation of a large number of people. 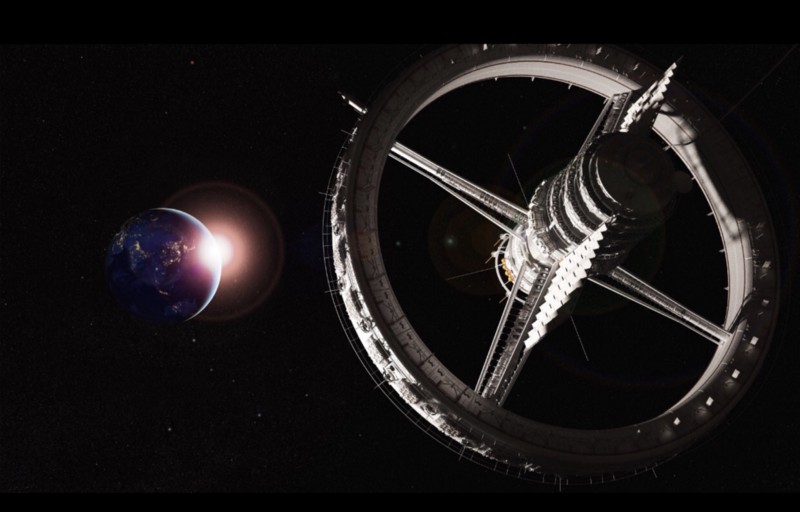 As I have said before, our project if the first space city is called EFIR. This is a universal space city for 10,000 colonists, which consists of a dwelling tor with a diameter of 2 km rotating around the central dock. The parameters of the project are as follows:

1. Rotation period is one rotation per 63 seconds

2. Width of the dwelling space is 300 metres

3. Height of the dwelling space is 150 metres

4. Area of the dwelling space is 200 hectares

5. Maximum number of inhabitants is up to 40,000 colonists in case of an urgent evacuation to the facility

The orbital city is provided with all the necessary equipment for vital life sustenance and uses Tsiolkovsky’s principles of infrastructure building and development. Naturally, an orbital settlement of such a scale cannot appear in a snap and without necessary preparatory stages, including transitory bases on the Earth’s satellite, the Moon, and without a system of materials and construction delivery from the Earth and the Moon.

We have also developed concepts of the initial moon base of the first stage of Efir creation.

We have found the best site for the moon base:

Length of night is no more than 3–6 days

There is solar light 89% of time

Sight line of earth is a good precondition for connection, fairly flat surface for landing

This base is necessary as a transshipment point for materials delivered from the Earth, as a raw material and production basis to produce necessary materials and building constructions, the production of which is either impossible or too costly on the Earth. The base can also be used to adapt colonists for space conditions. The base will have original electromagnetic catapults to launch construction elements of Efir. I have already described the principles of such base-settlements in my story about the space architecture.

In the Efir project, we are developing superheavy sea launch booster Giperion/Hyperion to ensure the Earth to Moon connection. Its features in brief:

Manned heavyweight 500-seat ship Arc with a refueling system on orbit will be the main delivery vehicle. Its main parameters are as follows:

Weight after refueling on orbit is 1,300 tonnes.

Shuttle flights will ensure transfer of colonists and necessary equipment to Efir in stages.

This is how our company Galaktika works on a comprehensive project, which includes many stages. This is a very ambitious and an utterly interesting business, which absorbs us fully. We are looking for like-minded people all over the world and believe that the dream will come true. We are on the threshold of great discoveries and achievements.

Join us! You can read about the Efir project by clicking on a link.