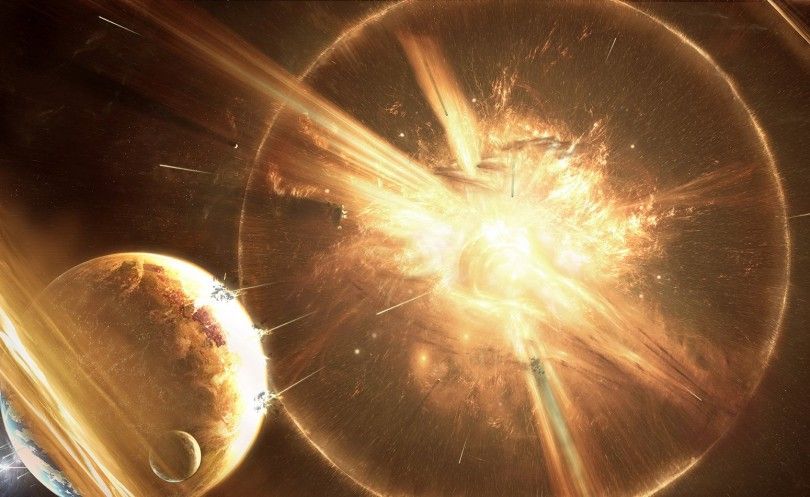 Blockchain Goes to Space: Along With Bitcoin or Alone?

Private companies and government structures working in space are increasingly implementing Blockchain as an independent tool from the toolbox of information technologies.

Block technology of transmission, processing and storage of data was originally developed as a habitat for cryptocurrencies. In this status it dominates even today, although the potential for Blockchain in promising projects, including space projects, is much wider.

Confirming this, private companies and government structures working in space are increasingly implementing Blockchain as an independent tool from the toolbox of information technologies.

However, the first stage of taking Blockchain into space was still its monetization or, more precisely, Bitcoinization. Block technology acted as a carrier rocket, delivering into space its payload- Bitcoin.

Next in line is the introduction of Blockchain technology into the non-financial segment of space exploration.

Bitcoin and, accordingly, Blockchain in space is relatively old. According to director of Blockstream Adam Back, the first in the history of cryptocurrency transactions via satellite took place on August 21 2017.

Since then, the migration of crypto-currency into outer space has taken on a mass character. «The place of residence» of extraterrestrial Bitcoins is the rapidly growing group of private nanosatellites. In addition to Blockstream, a number of large players are simultaneously entering the space cryptocurrency market.

So, on Feb. 2, 2018 the CubeSats satellite network with open source was officially launched. The company that created the network SpaceChain is positioning it as «an infrastructure for the next generation of block technology.»

The developer of solutions for outer space Vector together with the blocking operator Nexus have announced the creation of a decentralized cryptocurrency on the basis of a satellite grouping. The platform, which gives access to satellites and, accordingly, cryptocurrency operations, is called Vector GalacticSky.

Cryptocurrencies running away from Earth

The reasons for such stormy activity are not a secret for anybody, they are openly declared by the companies themselves. The first is to withdraw the cryptocurrency from the reach of «the elite of the world,» to protect it from the actions of state bodies and mega-corporations.

No matter how decentralized the technology of Blockchain, while it is based on the Earth, it is potentially vulnerable.

Every self-respecting state will seek to track and take control of any financial flows on its territory, Bitcoin is not an exception. Taking into account the available resources, one cannot doubt that sooner or later it will happen. Pre-empting such an outcome of events, cryptocurrencies fly into space: try to reach it.

The second reason is to provide access to nanosatellites and technologies to private companies that need research and development in orbit, but do not have their own spacecraft. Thus, with the help of Blockchain, both scientific research and entrepreneurial activities in space are simultaneously stimulated.

And, finally, the third is to remove Blockchain from the influence of service providers and in the future to create, on the basis of satellites, a fundamentally new, maximally decentralized, and independent from anyone, Internet 2.0.

States are going there, too

Today, nation states and supranational structures are responsible for the bright future of Blockchain in space, but they don’t see that cryptocurrencies belong there.

One of the first to jump on board was NASA that last September allocated a grant of $330,000 to the research group of the University of Akron (USA) for the project «Sustainable Network and Computing Paradigm for Space Research of NASA.» Researchers were invited to identify the potential of the Blockchain in combination with Artificial Intelligence to organize long-distance communications and make operational decisions in deep space.

In the same way, the European Space Agency (ESA) recently published a report on «Distributed Registry Technology: Using Blockade for ESA Success.» The lion’s share is given to the Blockchain as an instrument of financial and administrative activity. However, the authors of the document note that this is only the first stage of the process of integrating technology into the agency’s activities. Next will be the use of a Blockchain to work with spacecraft and software.

This is confirmed by the results of a seminar held on the initiative of ESA in the Netherlands in October 2017, where specific projects using the Blockchain in the organization of satellite communication and for analyzing data obtained during space missions were discussed.