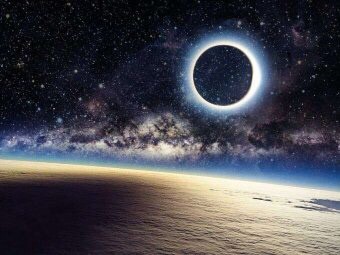 This text is about the most pressing matters … It’s not that I single out some kind of an elite capable of accomplishing global deeds for the whole mankind… And it’s not that I censure most people … may be it is the time for consuming people. Not at all. But it seems that we need to talk seriously…

Dear friends, coming back to the possible options of life in the space city of Efir, I would like to expatiate on the issue of individual contribution of a person to the common cause. The crew and inhabitants of Efir counting several thousand people is in fact a single body, whose activities are aimed at solving global tasks set by the humankind. The people who would live and work on orbit, on this outpost of science far from the mother Earth should decide upon their mission BEFORE flying to the station, realize whether they are ready not to spare themselves in conquering space. If not, they should better stay on the Earth.

We are now witnessing an explosion of the culture of material wealth consumption, when such notions as spirituality, enthusiasm, self-sacrifice and non-conformism are of a secondary importance. A person’s success in the consumerist society equals his ability to buy signature attributes, which would emphasize that he belongs to a certain social group. The attributes become obsolete very quickly, they have to be upgraded all the time. This means a constant race after material wealth, which dwarfs people’s whole lives.

This pattern of life has no value on orbit. Absolutely nil! A law of cooperation and individual contribution to solve global problems works in the new world. Each inhabitant of the orbital city performs his own task, any family member of Efir has his own specific goals, where he can shine.

The best teamwork principles will become the basic standards for all Efir inhabitants. There is no room for the demotivating equalizing, which inhibits individual development. Personal achievements will become the best contribution to attaining general goals.

I am talking about awareness of personal contributions. There is now a notion of a contributor. It is currently usually applicable to authors of magazine stories and contributors, but I really see this notion as an ability tо contribute to solving a global problem. Not some kind of an arithmetic of mean, but purely individual, which would reveal a person’s abilities to their best and elevate his contribution to a priceless level.

It is these people, who will build project teams for Efir. Participation in work of the orbital city should be a conscious deed for anyone, who will decide to tie their lives to space. The local community of Efir is highly likely to become a prototype of a new social structure, which has yet no name.